I made a really nice starch free porridge today! Nice and thick. I miss the simplicity, ease and convenience of a simple bowl of porridge, and this will surely be a standard breakfast from now on ^_^

Lately I have been bringing the dry ingredients to work, and just adding some hot water and honey. It's a really handy and quick meal, cheap, and gives me long lasting energy. 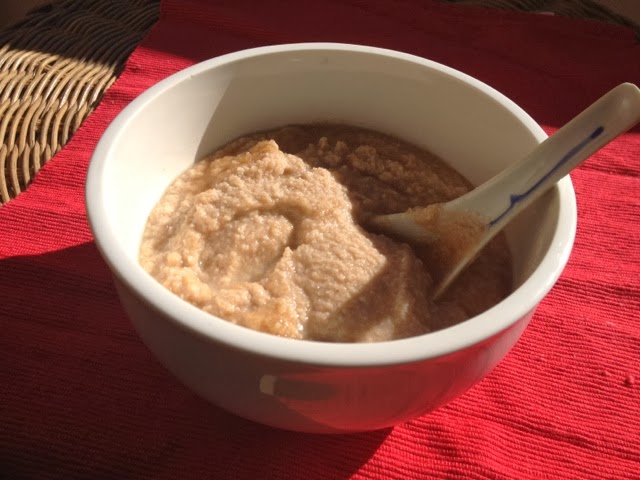 Method:
Mix the dry ingredients first so as to avoid lumps. Now add oil and water to a pot and simmer on stove or heat in microwave for about a minute until thick. If it gets too thick add a little water.

Now serve with some honey on top and perhaps a little butter :)

This is the second time I made it and I got the thickness right this time. If it is too runny it should be fine to just add some more coconut flour - just be careful not to let it clump up.

Things to try:
More cinnamon - half a small teaspoon adds a nice aroma
Glutinous rice flour - for extra energy / endurance / less fatigue. 1 tsp is good
Molasses - third to half a tsp is enough for a yummy flavour, anymore and it's too strong
Almond butter
Almond milk
Coconut milk

Mr B
I suffer from an autoimmune disorder called Ankylosing Spondylitis. I wish to help others find relief from this disease, just as I have. It ain't perfect, but diet changes sure do work for many of us.